Daniel Smith is a passionate advocate of NLP having trained with major figures in the NLP world including Dr John Grinder, Richard Bandler, Robert Dilts and Anthony Robbins.

Currently based in China and the Chairman of The China NLP Society, Daniel is highly qualified as a multi-Certified Trainer of NLP, a Certified Trainer of New Code NLP and is an experienced NLP coach. He is also the leading trainer of New Code NLP in Asia. Daniel has also gained his Graduate Certificate in Neuro-Linguistic Programming through Inspiritive., ,  Few trainers, world-wide, have his level of qualification, pedigree and experience.

As you might imagine, Daniel is in demand, spending over 100 days a year delivering training programmes throughout the world in NLP Practitioner, NLP Master Practitioner and New Code NLP.

Having studied and practised NLP for almost 20 years Daniel is a firm believer in everything it has to offer. 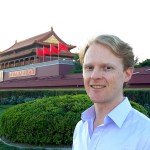 “NLP is about freedom. It’s about freeing yourself from the habits and routines that have stopped you from getting to where you want to go. In reality, most of the time it’s more about de-programming: Getting beyond the subconscious ruts that trip us up so you can be free to live your life your way. Once you can do that, you can enjoy aligning your conscious and your unconscious, and have the congruence that makes change easy”.

For Daniel NLP isn’t a tool or a technique to be applied but at its best is a way of being that makes everything work better.

“One of the best things about NLP is that as you practise the simple patterns and strategies, not only do they get easier, faster and more effortless, but you find that you can handle increasingly challenging issues. It’s not that stress doesn’t exist I live in the real world and work mostly in one of the sharpest markets on earth but you can find the resources to handle those situations, and use ‘stressors’ to propel you forward”.

Having worked with such a variety of trainers throughout his career, Daniel firmly believes Australia’s leading training provider, Inspiritive, stands among the leading trainers world-wide due to the professional standards they have set for all of their training programmes.

“Before I first met Chris and Jules I was already using NLP, however, I wanted to take it to the next level. I asked a friend who had trained in NLP and related fields all over the world where he would train if he was to start over from the beginning. Without hesitation, he told me to call Inspiritive. I’m grateful he did and agree with his recommendation. I saw a fresh graduate from Inspiritive blow an experienced NLP Trainer out of the water so far he wouldn’t even train NLP until he retrained himself with Chris and Jules. Inspiritive’s 10250NAT Graduate Certificate in NLP raises the bar to a far higher standard of excellence in NLP training”.

Looking to the future, Daniel is excited for where he sees NLP heading and believes it has much to offer in the years ahead.

“NLP is sitting right at the very leading edge of applied behavioural neuroscience and is being applied by graduates in all sorts of fascinating ways. It really is a case of watch this space' as adept graduates apply NLPs tools and techniques in artfully powerful ways. Exciting times lie ahead of us!”

Daniel has been certified as a Trainer of NLP by both Dr John Grinder and Richard Bandler among others. Beyond NLP Daniel has completed five university degrees including psychology, law and an MBA, is an Adjunct Lecturer at Shanghai Jiaotong University (top-5 in China) and holds Black Belts in Karate and Aikido. He lives with his wife and two sons in Shanghai.

*Dan Smith, has completed the Graduate Certificate NLP at Inspiritive. , To learn more about this qualification and how you too can obtain it click on the Learn More button below.