Back to Our Services

At the heart of NLP is the modelling of expertise and expert performance. Most of the fundamental models in NLP have been created through modelling projects. Unfortunately this area of NLP is typically neglected in most commercial NLP training programs, which instead have an emphasis on a reduced set of NLP applications such as NLP applied to coaching.

“I would like to see NLP cleanly distinguished from its spin-offs – its applications – and a dedicated group of modellers go after new models of excellence. This would constitute for me a validation that the message I set out to deliver to the world has been received”.

In addition to making the modelling of expertise and expert performance a fundamental part of their post-graduate program – the Grad Cert NLP, Chris and Jules engage in formal and informal NLP modelling projects to capture, codify, and transfer patterns of excellence from exceptional exemplars.

For organisations this ensures that patterns of expertise and expert performance of the best people for a particular role are retained and transferred to others in similar roles. This ensures that models of high performance for critical competencies remain in the organisation irrespective of high performing people leaving or retiring. The transfer of models of expertise to other’s in the same or similar roles can support significant growth in the business. Past modelling projects include;

Chris and Jules were approached by a successful derivatives trader to create a model of how he made his trading decisions for ‘taking a trade’. The instruments that he traded at the time were currencies and indices. Having been a successful trader for over twenty years he had developed a considerable unconscious competence for detecting patterns in the market. Interestingly, one of the markers of expertise is that these people often have considerable unconscious competence in their domain of expertise. That is they may not be conscious of one or more of the critical patterns that they detect or engage in to do what they do so well.

He would consistently have very reliable intuitions of when to take or close out a trade without a conscious awareness of what the pattern was that he was detecting intuitively.

Chris and Jules task was to discover what pattern or patterns that he was unconsciously detecting. And to make this explicit.

Through engaging in a modelling project they were able to capture and describe the critical pattern that informed his intuition. He was then able to describe and test that pattern mathematically and in practise trading the market.

In the following months he was able to show a consistent increase in his profitability in trading the market.

The trader they modelled has gone on to further develop his own model of trading.

Chris and Jules Collingwood were engaged to capture and codify the critical aspects of expertise of a General manager in two areas where he was acknowledged to excel in;

The general manager, an engineer by training, had been a trouble shooter and had a history of solving very challenging problems in the organisation.

His exceptional skills in managing others helped propel him into senior management. At the time when they worked with him, he had turned his division into a model of excellence for the rest of the organisation. 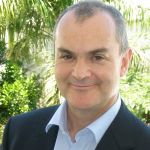 “INSPIRITIVE’s graduates are competent in seeing and understanding people’s patterns and in their ability to model and replicate to achieve success. That is also why my senior consultants are all Inspiritive graduates – it ensures I have quality, skilled NLP specialists working with me”.

The negotiation party was involved with negotiating complex long time frame join venture projects with a party from a different culture both nationally and organisationally. This model consisted of a number of patterns applied to the following;

We teach how to create models of expertise and expert performance as part of our postgraduate qualification in NLP – the Graduate Certificate in Neuro-Linguistic Programming. Specifically our unit on Modelling expertise.

Engaging us to Capture Expertise

For further information about modelling or arranging a capturing expertise through a modelling, assignment please contact us through the Contact Us button below.